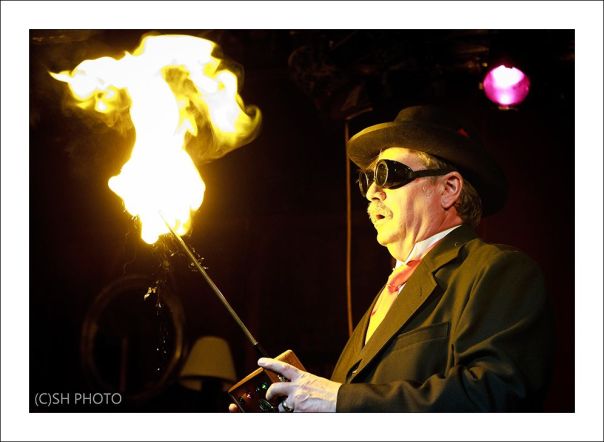 What would a troupe of talented vaudevillians and con artists from 1910 do if they were suddenly thrust here into the 21st Century? That is the premise of Pop Haydn’s Post-Modern Medicine Show, a live variety show in the Los Angeles area. The story goes that medicine pitchman Pop Haydn and his small band of time-displaced mountebanks are still able to put on their song and dance and to pitch their medicines just as they did back in 1910, but now it’s even easier—here you can sell a half pint of water for four bucks!

If there really were a group of 19th Century expatriates trying to mount a show here in our time, and they were hip to the internet, they would probably turn to crowd-funding. That is exactly what the real Pop Haydn did.

Pop Haydn is a real person as well as portraying a character in the show. He and his variety company have recently started a crowd-funding campaign on IndieGoGo. They hope to raise enough money by August 31st, 2012 to support producing a regular show in local vaudeville theaters.

So, what is crowd-funding? It’s a joint effort on the part of a large number of individuals on the internet, who freely give their monetary support to various efforts initiated by other people or organizations.

Crowd-funding works for a wide range of purposes, including disaster relief, support for the arts, political campaigns, startup companies, movie development, and scientific research. IndieGoGo, Kickstarter, RocketHub, BelieversFund, StartupAddict and Quirky are a few of the crowd-funding sites available. Successful funding of any project depends on its intrinsic appeal to investors and on the campaign’s ability to promote its cause to as wide a market as possible.

Local theatrical productions can be a difficult to pitch to a world audience. To attract donors, it is helpful if the group seeking funds can appeal to a more general cause than just the realization of their own local project. Having an appeal of some kind to a thing of wider concern, such as support for children’s theater or for tolerance education can open a campaign up to a larger pool of donors.

This lateral approach is important because it helps to connect the campaign’s project with the concerns and interests of the donors, and makes them feel better about giving. Finding ways to make the donors feel good about giving is extremely important to a successful campaign.

The Medicine Show trusts there are plenty of people around the world who support live variety theater and Old Time music who would be willing to help fund this new production even though they might never expect to see it. These online supporters donate directly to the Medicine Show through IndieGoGo. Here prospective donors can also find nformation about the show, video and photos.

Perks are another important consideration. Offering attractive perks can help motivate people to donate. IndieGoGo makes setting up and managing these perks very easy. The campaign will give each donor a thank you perk. These include such things as sponsor credit, a theatrical poster of the Medicine Show, or a bottle of the Amazing Miracle Oil.

Magician Whit “Pop” Haydn is a six-time award winner at Magic Castle in Hollywood, and a past vice-president of that organization. He and his fellow performers have created a show that combines theater and variety arts with live music intermingled with demonstrations of Pop Haydn’s Teleportation Device and other steampunk-oriented inventions. Haydn pitches the Amazing Miracle Oil in a send-up of modern medical quackery—“It’ll make you feel better!”

Says Haydn, “We are going to produce our show no matter what, but with a little startup money we will be able to get things moving much sooner. What we like about IndieGoGo is that even if we don’t quite meet our goal we still get to keep what we have raised. Everything helps and this assistance makes it possible for us to keep things moving forward.”

“The Medicine Show is just a hoot!” says Sophie Evans an award-winning Las Vegas act. Evans performs with her “fire magic” routine on the Medicine Show, and then plays the part of intrepid electronaut Tesla Girl in a performance with Pop Haydn. That bit involves a large Tesla Coil and several able-bodied men from the audience, and is a recreation of an old 1890’s Vaudeville act known as The Georgia Magnet.

“I enjoy working to live music, which you rarely get to do, and re-working my Vegas show to fit a more 1910 style has been fun and very stimulating…as has been working with that Tesla Coil!” Evans laughed. 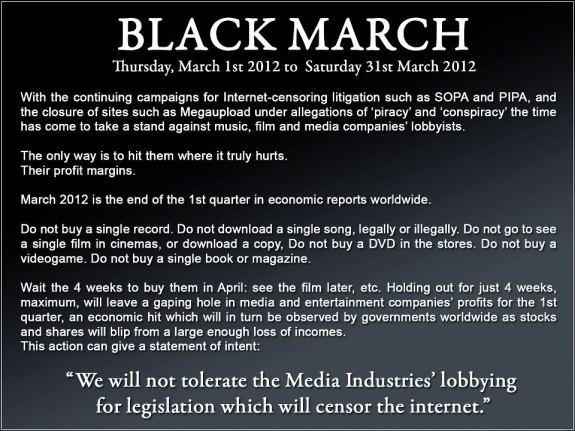 Look at our power! 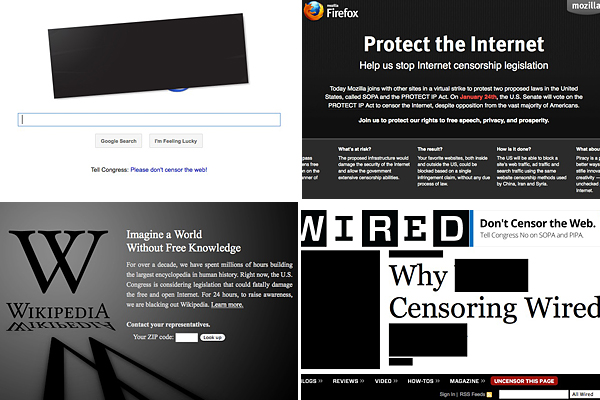 Where did Google go?