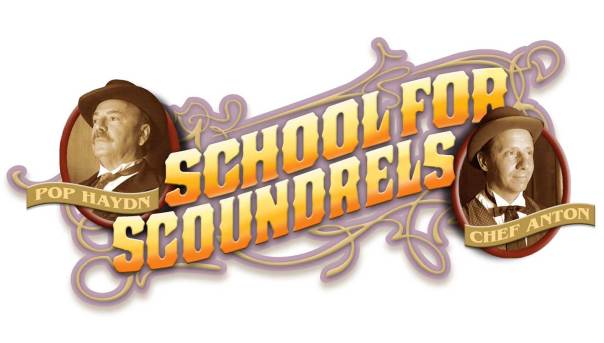 We have heard from many people who cannot come to weekly classes because of distance. This year, our entire class, for the first time, will be taught in just one weekend, November 22 & 23!

Registration is $250.00 for the two days. The Castle Brunch for our students will be just $18.00 each day. There will be a special room rate for the Magic Hotel for our students. No more than 20 people will be accepted into class, on a first come, first served basis. You do not have to be a magician or a member of the Magic Castle to participate.

For more information, or to register, email Nancy Magill at magill@pophaydn.com

This is the entire hour and a half video we sell as a DVD, but in downloadable digital format. It explains every detail of method and performance of this exciting and baffling routine.

A bill is borrowed from the audience, a corner containing one of the serial numbers on the bill torn off and kept by the spectator, and the bill is signed, but it is teleported by a strange device into a lemon and then into a raw egg. The video also explains how to make the teleportation device.
These are two, high quality mp4 videos, each 257 megs, immediately available for download upon purchase.
ONLY $25!
For more info, go HERE

Pop Haydn performed on the streets of Melody Ranch, Gene Autry’s famous ranch and film set at the annual Santa Clarita Cowboy Festival. Pitching his Miracle Oil and demonstrating the shell game for all the Old West fans.

The four classes are taught by Pop Haydn and Chef Anton, and are open to members and non-members. No prior experience or knowledge is required.

We cover the basic street swindles Fast and Loose, Three-Card Monte and the Shell Game, explaining the history, psychology, stratagems, moves, and application to magic of these ancient “games.”

We not only explain how to demonstrate these swindles in exhibition, but to actually play and win against all comers just as it would be done on the street. We believe that we have a lot to learn as magicians from the techniques and thinking of the street con artist. We need to call and hold a crowd, control their thinking and manipulate them into behaving the way we want them to, in just the same way as the street hustler setting up a monte game.

This course is educational and fun.

Pop Haydn is a past vice-president of the Academy of Magical Arts, and a six-time performing “Magician of the Year” award-winner. He is the author of several books and DVDs on street short cons, and along with his business partner, Chef Anton, has been teaching this course at the Magic Castle for the past sixteen years.

Chef Anton is the two-time “National Trick Shot Champion at Pool,” and has twice been nominated for “Bar Magician of the Year” at the Magic Castle. Chef is the author of the Pool Hustler’s Handbook and several DVDs on magic and billiards. He and Pop Haydn have created a number of new ruses and moves for these ancient games which they have explained for the first time in this course and the videos and books that have come out of the School for Scoundrels.

For nine years, the Magic Castle has celebrated the famous gunfight on the wharf at Skagway, Alaska on July 8, 1898, when the great Soapy Smith, the King of the Frontier Conmen, and the finest exponent of the Shell Game thet ever lived, was gunned down and his gang of 100 con men who had ruled the entry to the Gold Rush from its inception were arrested or scattered.

At the Magic Castle, we have a wonderful party each year to celebrate the memory of this clever bad man. We turn the place into a Gold Rush era saloon, with antique gambling tables for Chuck a Luck, Faro, Black Jack, and Roulette, along with all sorts of other games like the Shell Game, Three-Card Monte and Fast and Loose. There are prizes for the best dealer and most successful player. We have a costume contest as well. Everyone dresses up in 1890’s attire, and there are prizes for the most authentic, funniest, and sexiest costumes. We have a toast to Soapy’s ghost, and live Old Time music provided by Professor Dave Bourne and the Medicine Show Band.  Chef Anton, the two-time national trick shot champion at pool, presents his incredible demonstration of billiards wizardry. We have a live auction, presided over by professional auctioneer and wonderful magician/vaudevillian, Rob Zabrecky.

It is one of the most fun nights  of the year at the Magic Castle.


Dave Bourne and the Medicine Show Band with their Jim-Dandy Old Time Music will be appearing at Soapy Smith Night at the Magic Castle on Sunday, July 8, 2012.

Photos of Soapy Smith Night at the Magic Castle

Soapy Smith Night at the Magic Castle in Hollywood this year will be on Sunday, July 8th, beginning at 6:00 pm.

It is a costume party celebrating the gunfight at the wharf in Skagway, Alaska on July 8, 1898 during the height of the Gold Rush in which Jefferson Randolph “Soapy” Smith was killed.

Soapy Smith was the con man and gangster that ran the town of Skagway with his gang of 100 trained con men and hustlers. He had the fix in with the law and the government of Alaska, and stripped almost everyone going into or out of Skagway with some kind of scheme or other. He had previously controlled Denver and then Creede, Colorado during the Silver Rush of the 1880’s.

After his death, members of his gang later scattered around the country, and included famous playwright and aphorist Wilson Mizner, Alexander Pantages who founded the Pantages theater chain, and Alexander “The Man Who Knows” Conlin who made over twenty million dollars as a fake psychic in vaudeville.

We have live Old Time Music by Dave Bourne and the Medicine Show band, a trickshot demonstration by 2 time world champion Chef Anton, a toast by great-grandson Jeff Smith and family, and gambling at old time gambling games like Faro and Chuck a Luck on antique equipment provided by Phil Gessert of Tombstone, Arizona. Nick Lewin will demonstrate his amazing linking finger ring routine, and John Reynolds will demonstrate bi-labial fricatation.

There will also be three-card monte, shell game, lotteries and other swindles designed to take your Soapy Money all around the Castle.

People dress up in Gay Nineties, Old West, Gold Rush and Steampunk attire for the event. There are prizes for most authentic, sexiest, and funniest costumes.

Proceeds of the event go to the Vernon Fund.

Stories of a Street Performer by Pop Haydn 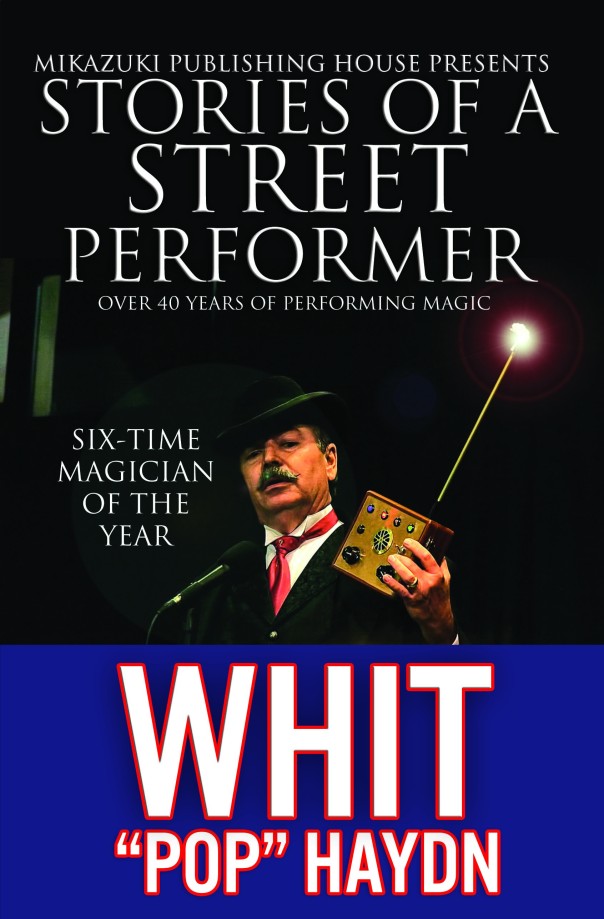