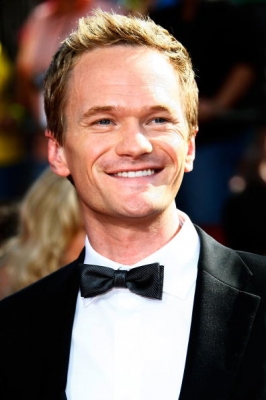 Neil Patrick Harris turns 39 tomorrow. He has been a wonderful and energetic president of the Academy of Magical Arts (Magic Castle), and we have been extremely lucky to have him.

Not since Cary Grant was on the Board of Directors of the Magic Castle has anyone brought such star power, talent and class to the Magic Castle. He has been a wonderful asset at a time when we really have needed it.

Neil Patrick Harris (born June 15, 1973) is an American actor, singer, director, and magician. He is best known for the title role in Doogie Howser, M.D., the womanizing Barney Stinson in How I Met Your Mother, a fictionalized version of himself in the Harold & Kumar series, and the title role in Joss Whedon‘s musical web series Dr. Horrible’s Sing-Along Blog.

Harris was named as one of Time magazine’s 100 most influential people in 2010, and was awarded a star on the Hollywood Walk of Fame in September 2011.

Posted on June 14, 2012, in Magic and the Magic Castle and tagged Doogie Howser, Harold & Kumar, How I Met Your Mother, Neil Patrick Harris. Bookmark the permalink. 2 Comments.