Coming up this weekend! 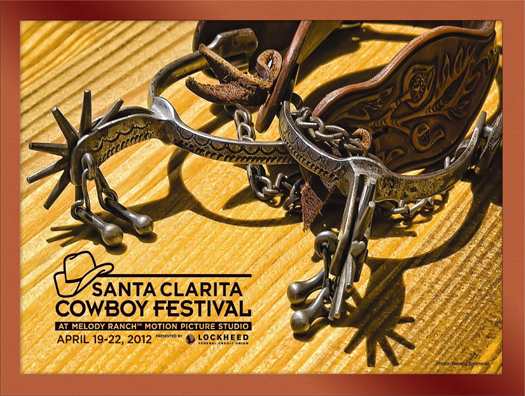 The Santa Clarita Cowboy Festival is once again coming to Melody Ranch™ Motion Picture Studio and other venues throughout Santa Clarita. Saddle up and step back to a simpler time of chaps, saddles and old-time saloons. This year’s festival will include a mix of new attractions and returning favorites, including dutch oven peach cobbler, trick ropers, authentic gear and a show stopping musical talent lineup.

Festival guests can expect to see some of the Cowboy Festival’s most beloved returning performers. Grammy nominated singer-guitarist Don Edwards will hit the stage, as well as The Quebe Sisters Band and Waddie Mitchell. Dave Stamey and Jon Chandler will also be back at the Cowboy Festival in 2012, entertaining guests with their fantastic Western songs.

Posted on April 17, 2012, in Uncategorized. Bookmark the permalink. Leave a comment.