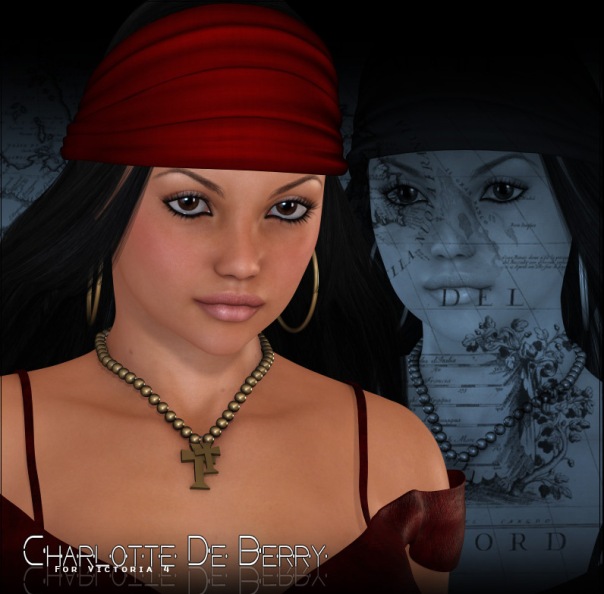 In her mid to late teens she fell in love with a sailor and, against her parents’ will, married him. Disguised as a man, she followed him on board his ship and fought alongside him. Her true identity was discovered by an officer who kept this knowledge to himself, wanting de Berry.

He assigned her husband to the most dangerous jobs, which he survived thanks to his wife’s help. The officer finally accused Charlotte’s husband of mutiny, of which he was found guilty based on an officer’s word against that of a common sailor. He was punished by being flogged through the fleet, which, as the officer had hoped, killed him.

The officer then made advances towards Charlotte, which she refused. The next time they were in port she killed the officer and snuck away, dressing again as a woman and working on the docks.

While de Berry worked on the docks, a captain of a merchant ship saw her and kidnapped her. He forced de Berry to marry him and took her away on his trip to Africa. To escape her new husband, who was a brutal rapist and tyrant, de Berry gained the respect of the crew and persuaded them to mutiny.

In revenge, she decapitated her husband and became captain of the ship. After years of pirating, she fell in love with a Spaniard, Armelio Gonzalez. However, they were shipwrecked after days of hunger, they waited to see who would be dead first to eat. slowly one by one the crew went also, unfortunately, it was de Berry’s husband.

The survivors of her crew were rescued by a Dutch ship, and when that ship was attacked by pirates, they bravely defended their rescuers. While the others celebrated victory, Charlotte jumped overboard in order to join her dead husband. No one knows if she survived or not.

Though most of her items were sold by her crew members after her disappearance, there are many still being shipped. Some say her sister, Maria, gave birth to what is to be, de Berry’s niece. Some say she had a child with Armelio but left the child with a trusted crew mate.