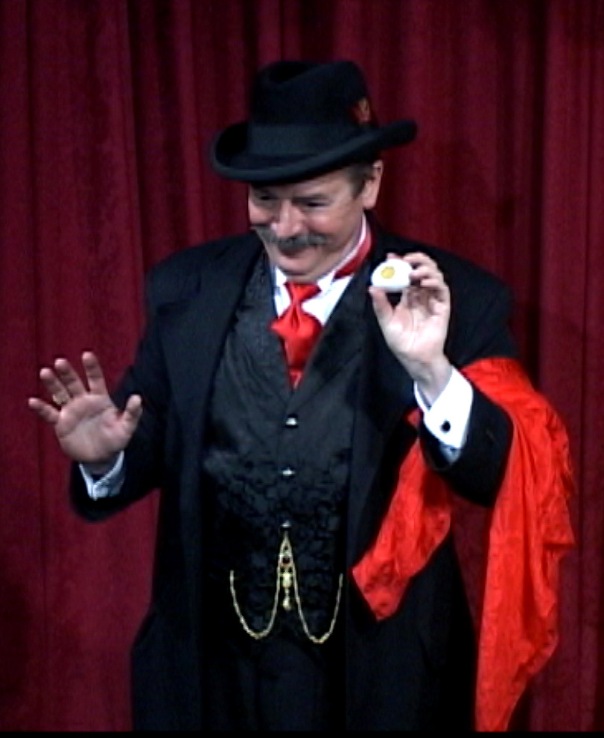 This routine has been a feature of Pop Haydn‘s standup act since the mid-1970’s. It is a sure-fire trick and practically an essential part of any working pro’s act. It can be a feature of a talking act, it can be done silently. It is an excellent emcee bit, and a great way to spend connecting time with the audience while the magician’s assistants are changing sets and setting up behind the curtain.

Pop teaches every nuance of this routine, with a breakdown step by step of the patter and moves. There are no difficult moves to learn.

Pop uses a Jumbo egg and 24″ scarves in his performance and teaching. The same moves and routine work equally as well with a smaller silk and smaller gimmicked egg.

Posted on August 12, 2015, in Uncategorized. Bookmark the permalink. Leave a comment.