← The Multiplying Balls
Patti Smith sings at Nobel for Dylan → 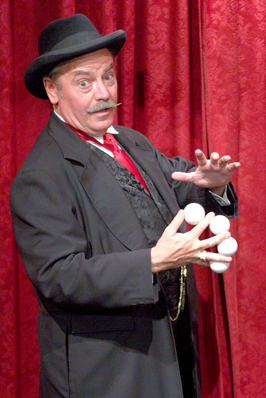 Pop Haydn developed a way to do the Multiplying Billiard Balls in the 1960’s on the streets of New York City. This same routine enabled him to perform the routine in cocktail parties and walk-around, and even in the round.

In this video, Pop teaches every detail of his routine, and the psychology, as well as his patter. The routine works silently or with music, but it lends itself especially well to patter for walk around and parlor situations.

Posted on December 16, 2016, in Uncategorized. Bookmark the permalink. Leave a comment.

← The Multiplying Balls
Patti Smith sings at Nobel for Dylan →