← To one who loved not poetry:
Pop Haydn at Monday Night Tease → 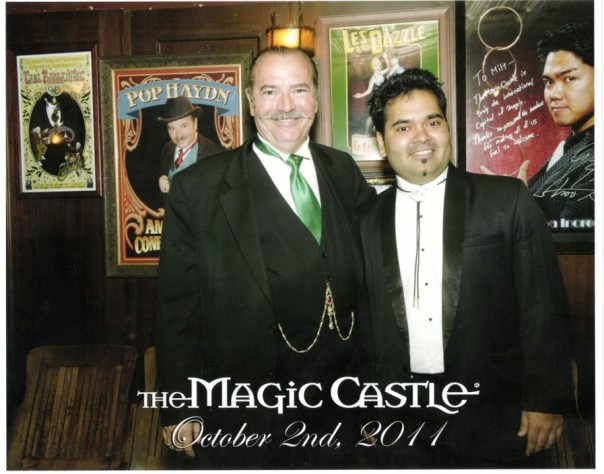 Pop Haydn with "AJ the Unusualist"

Had a great time Sunday night at the Magic Castle with my friend Ajit Badrinath,  aka “AJ the Unusualist.” Ajit is joining the ship Paradise for Carnival Cruise Lines in Long Beach this week. He will be doing close-up circulating magic on the ship on a six-month contract. AJ is from  Mysore, Karnataka, India, where the magnificent Mysore Palace is located, and now lives in Bangalore.

AJ does his magic with a theme of the American Old West and gambling.

It was a good week at the Magic Castle. AJ got to see shows in the Palace with Tom Burgoon, Joseph Tran, and Mystina, and David Sandy in the Parlor. We had some interesting discussions with Tony Picasso and Jay Leslie, and AJ did a close-up set to a large group at the Palace Bar Close-Up Table, and was very well-received.

We look forward to seeing AJ when he gets back into Los Angeles.

← To one who loved not poetry:
Pop Haydn at Monday Night Tease →